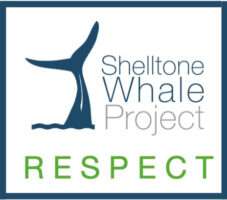 Whether for scientific research or tourism, we must approach animals with respect.

All the people who work on the Shelltone Whale Project boats, in addition to their training in bioacoustics and geo-referencing of cetaceans given by Pierre Lavagne de Castellan, are systematically trained in a respectful approach to cetaceans and sign our charter.

In French territorial waters, our approaches are made in compliance with the French Marine Protected Areas Charter, to which we are signatories.

In Spanish territorial waters, our approaches to cetaceans must respect the distances established by the current regulation RD 1727/2007, we are navigating in an area declared a Special Area of Conservation (SAC).

This protocol for approaching cetaceans is applied to every sea trip.

Our observation protocol is governed by simple principles:

This is the approach we use during the observations:

Recorded 10 miles off Baille Argent on 26 April 2016. We are convinced that there is a message in this song. Enjoy your listening!