For thousands of years, humpback whales in all the world?s seas have nurtured links with the people who live along the coasts where they live.

All over the world, we observe the willingness of humpback whales to approach humans, to spend time with them, to swim with them, to exchange their music, their sound with them? everywhere except in the Caribbean?

To understand this, we need to put ourselves in a historical context, to realise that the links that whales have with the first peoples date back several millennia.

When Europeans began to visit and write about the North in the tenth century, they were fascinated by the relationship of indigenous peoples with whales. Medieval literature described the Arctic as a land of malevolent "monster fish" and people who could call them to shore with magic powers and muttered spells.

Even when explorers and missionaries brought back simple accounts of how different whaling cultures hunted, butchered and shared a whale, it was difficult to shake off the sense of mysticism. In 1938, the American anthropologist Margaret Lantis analysed these scattered ethnographic accounts and concluded that Iñupiat, Inuit and other northern peoples belonged to a "circumpolar whale cult".

Lantis found evidence of this in many taboos and rituals designed to cement the relationship between people and whales. In many places, a recently killed whale was given a drink of fresh water, a meal and even travel bags to ensure a safe return to its spiritual home. Each whaler had its own songs to call the whales. Sometimes shamans performed religious ceremonies inside circles made of whale bones. Caches of whaler amulets - an ambiguous word used to describe everything from jewel-like carved amulets to feathers or skulls - were passed down from father to son in whaling families.
To non-native observers, it was so mysterious. So unknowable. And for archaeologists and biologists in particular, it was at odds with Western scientific values, which forbade anything that smacked of anthropomorphism. 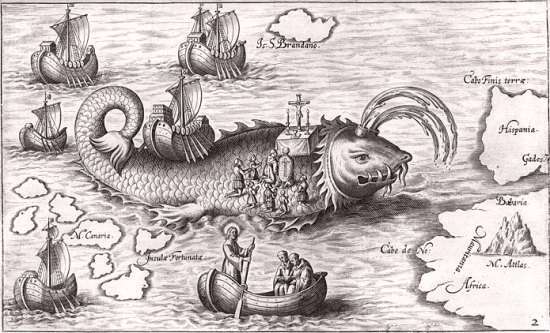 Along some Alaskan coasts, the rocks are covered with petroglyphs of men and whales. They were carved by whale shamans as part of rituals to gain the secrets of the sea and to offer thanks for its generosity.

In archaeology, such attitudes have limited our understanding of Arctic prehistory, says Erica Hill, a zooarchaeologist at the University of Alaska Southeast. Whaler amulets and bone circles have been considered ritual or supernatural, with little understanding of what they meant to the people who created them. Instead, archaeologists who have studied animal artefacts have often focused on the tangible information they reveal about what ancient people ate, how many calories they consumed and how they survived.
Hill is part of a growing branch of archaeology that uses ethnographic narratives and oral histories to re-examine animal artefacts with fresh eyes and interpret the past in new, non-Western ways. It interests me as part of our prehistory as humans," says Hill, "but also in what it tells us about other ways of being.

The idea that indigenous peoples have spiritual relationships with animals is so well established in popular culture that it is a cliché. Yet, constrained by Western science and culture, few archaeologists have examined the record of human history from the perspective that animals feel emotions and can express those emotions to humans.

Thus the Tinglits of the American North West, the Aborigines of South East Australia, the Maoris of Kaikoura, the Mayumba people of West Africa, the Hawaiians, the Polynesians and many others have been able to forge powerful links, based on respect and often exchange, with these whales for several thousand years.

? Respect because the whales are considered by the first peoples, either as members of the family, the Tinglits in particular consider them as such and the fact of eating their flesh is assimilated to cannibalism, or as divinities, the Hawaiians call them "Koholas" the goddesses of the sea, who are surrounded by an immense sphere of Mana, the pure energy, guardian of spirituality.

In the Caribbean, the pre-Columbian peoples certainly had the same links with the humpback whales, which considered these peoples as their family, until 1492?

In 1492, the arrival of the Europeans sounded the death knell of these civilisations, Kalinagos, Caraibes, Taïnos, Arrawaks, these peoples were progressively exterminated or assimilated, their culture and spirituality annihilated. The whales suffered this genocide of their "family" as a trauma. From then on, they developed a legitimate mistrust of the "new" humans who now populate the Caribbean.

The position of this whale cannot be observed from the surface, this position, arched, with pectoral fins at rest, is characteristic of a whale in socialization, the person who painted this whale perhaps 4000 years ago was used to being with it, under water?

Léa Lavagne de Castellan with a family of sperm whales during our interspecies communication research, outside the Agoa sanctuary.

OUR MISSION IS TO RENEW THIS LINK

Musical interaction with the humpback whales of the Caribbean is the key to re-establishing a dialogue with these animals... recreating the link.

The three axes of work:

Learning whale music at the music and dance school in Petit Bourg.

Guadeloupe is thus on the way to becoming the first island in the world where children play music with the whales that populate its waters, inter-species communication elevated to an art form? A sharing and mutual recognition that is destined to be perpetuated from generation to generation?

The search for the lost music of the Kalinagos?

It is known that humpback whales have been inspired for thousands of years by the music of the people who live on the coasts of the areas they frequent. They have built their musical repertoire in collaboration with these people. They then use this repertoire to transmit from generation to generation the proteodic songs, which they use for the functions we are developing here. However, in the Caribbean, the pre-Colombian populations, Tainos, Arrawacs, Caribs, Kalinagos, etc., have practically all been decimated. Only in Dominica do descendants of this population remain. The trauma of the invasion of their territory, the genocide they suffered and the colonisation they experienced thereafter, caused them to lose most of their culture, including their music.

However, humpback whales have preserved this music, which they still pass on, play and use to transmit proteodic songs from generation to generation.

One of the aims of the Shelltone Whale Project is to recover this music from the songs of the Caribbean whales and give it to the Kalinago people of Dominica.

Recorded 10 miles off Baille Argent on 26 April 2016. We are convinced that there is a message in this song. Enjoy your listening!